I have a wonderful book to review today:  7 Men and the Secret of Their Greatness by Eric Metaxas.  My first experience with Eric Metaxas was a children’s book he wrote about Squanto, the Indian who helped the Pilgrims survive in the new year.  He revealed what most historians leave out today about this amazing man.  The next time I heard about him was on the Veggie Tale’s DVD about Esther.  It’s obvious that Metaxas has an incredible ability to bring to life the great people of history.  And he has absolutely done that with his new book 7 Men and the Secret of Their Greatness.

Metaxas spends one chapter with each of these men:  George Washington, William Wilberforce, Eric Liddell, Dietrich Bonhoeffer, Jackie Robinson, John Paul II, and Charles Colson.  I was riveted reading about these men and aspects of their lives I had never heard before.  I loved learning about how their great faith in God got them through extraordinarily difficult circumstances–leading the American army in war, fighting against powerful men to end the slave trade, living in a Japanese concentration camp in China, hoping to survive a German concentration camp after plotting to assassinate the evil Hitler, holding his tongue against blatant racism so he could pave the way for future African Americans to integrate into American society, hiding his studying to be a priest while under German occupation during the war, and surviving prison while serving a sentence for breaking the law and then finding numerous ways to help prisoners for the rest of his life.

Each chapter had enough that I really felt like I was beginning to know the person, but not a full biography.  Metaxas has written full books about both William Wilberforce and Dietrich Bonhoeffer.

I was so inspired by these seven great Christian men.  They weren’t perfect–far from it in fact–but they all had strong courage and perseverance which came through their relationship with Jesus Christ.  I am now excited to meet them all in heaven one day! 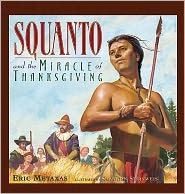 (I received a complimentary copy of this book from the publisher through BookSneeze® in exchange for this honest review. Post also contains affiliate links.)